About the Wellington Art Society 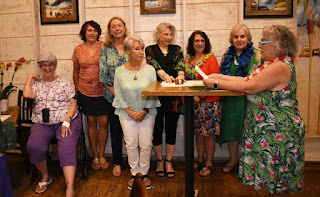 Posted by Wellington Artist at 10:55 AM No comments:

The late Dr. Malcolm Dorman, a beloved cardiac surgeon, was honored last month at a special reception at JFK Medical Center in Atlantis. Local artist Nancy Tilles was commissioned to paint a portrait of Dorman, which was unveiled at the event on June 15. Dorman was a world-renowned heart surgeon, adored by his peers and patients alike. As the medical director of cardiac surgery, he founded and directed the Valvular Heart Institute at JFK Medical Center. He was known for his research and pioneering work in repairing mitral valves using minimally invasive techniques.

Besides his innovative techniques and educational dedication, Dorman also was recognized for his compassion for his patients and earned numerous awards and accolades over the years. Dorman considered the Patient’s Choice Awards in 2012, 2013 and 2014, as well as the Compassionate Doctor Recognition Award in 2013 and 2014, to be among his greatest achievements.

Dorman, who passed away March 26, was dedicated to ensuring that his patients received the best care possible, often staying in a patient’s room long after performing an exhausting surgery, in case he was needed. Despite his incredible talent for saving lives, he remained a humble man who said that it was God who used his hands to work medical miracles.

Tilles, a longtime member of the Wellington Art Society, presented her commissioned oil painting of Dorman at the June reception hosted by the hospital. “I enjoyed painting Dr. Dorman,” she said. “His kind spirit is what I most wanted to capture.”

Tilles took care to present Dorman in a way that showed his unique personality.

“The original picture I received was a group shot taken in an operating room with the large industrial lights behind them,” Tilles said. “The photograph was chosen by his coworkers for the way it highlighted his personality. I isolated him and painted a light blue background reminiscent of the sky with hints of gold to create glow. I am honored that the painting will hang at the cardiac wing of the hospital.”

Tilles is known for her oils and portraits, which hang in public and private collections throughout the country. She exhibits her work in nationally recognized art shows across Florida. Along with her portrait work, Tilles has created bodies of work representing flowers, underwater scenes and tropical art in mural-sized triptychs.

“I learned how to draw and paint by watching my father sketch,” she said. “I have always had a need to create a likeness of a person at their best. Besides painting people, I am presently deciphering patterns in nature and playing with the idea of how we see human form in so many different subjects.”

Tilles is presently teaching painting to adults at Easel Art Supply and will be teaching at the City of Palm Beach Gardens in the future. She is passionate about sharing her love of painting.

Tilles is also an active member of the Wellington Art Society, whose members consist of dedicated professional artists, up and coming artists, art lovers and supporters. The nonprofit charitable organization is open to artists of all mediums and patrons of the arts, allowing both local and regional artists to display their artwork in local galleries, interact with other artists and serve the community through their art.

Posted by Wellington Artist at 10:44 AM No comments: 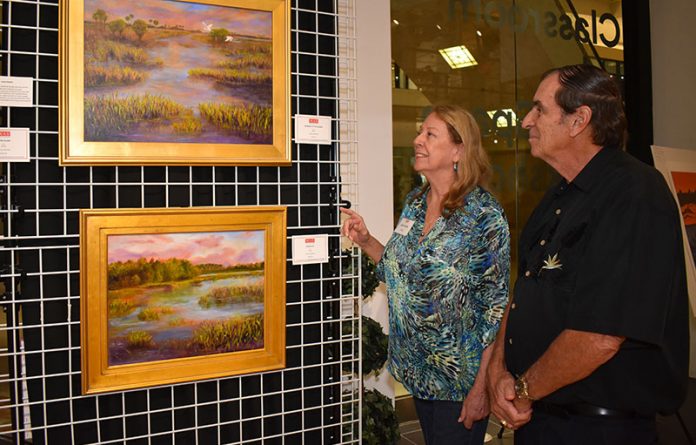 The Wellington Art Society hosted an Art Fusion Pop-Up Art Gallery from Friday, Oct. 4 through Sunday, Oct. 6 at Live 360 in the Mall at Wellington Green. Artists were available to discuss their artwork, while some artists did demos of their artwork technique. Most of the 75 pieces of artwork were for sale. For more information, visit www.wellingtonartsociety.org.
Posted by Wellington Artist at 7:48 AM No comments: 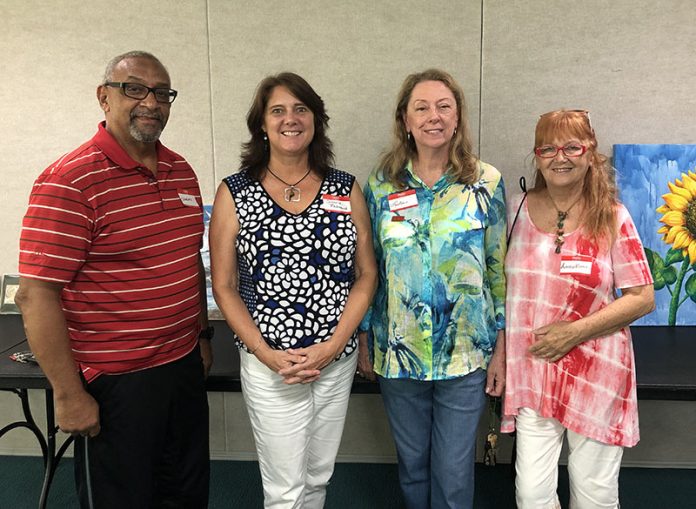 The Wellington Art Society started off its new season on Wednesday, Sept. 11 with a meeting at the Wellington Community Center. During the meeting, special guest Maxwell Taylor spoke about his artwork. Taylor demonstrated how he uses Japanese tools, ink and his sketches to make fine works of art. Currently, the group is collecting art supplies to be donated to children in the Bahamas and at Palms West Hospital. For more information, visit www.wellingtonartsociety.org. PHOTOS BY ERIN DAVISSON
Posted by Wellington Artist at 7:43 AM No comments: 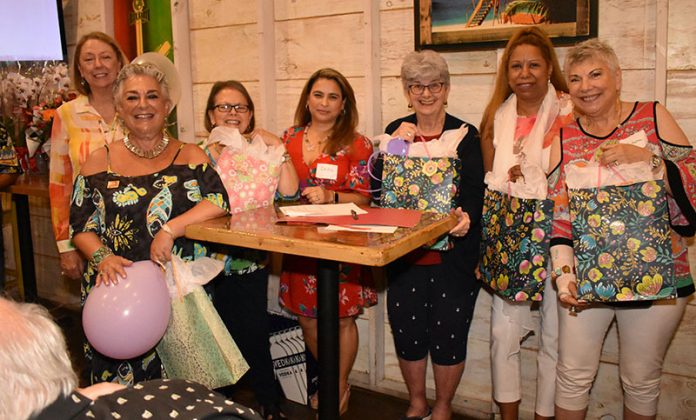 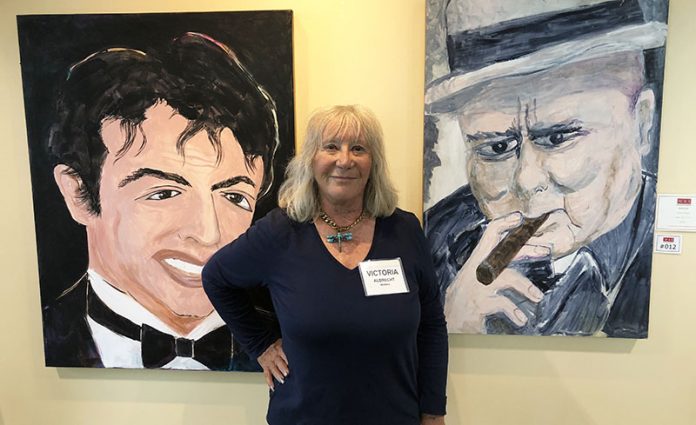 On Tuesday, May 14, the Wellington Art Society hosted a reception for its “Art of Spring” exhibit at the Wellington Community Center and “Spectrum” exhibit at the Wellington Municipal Complex. Refreshments were provided by Whole Foods Market during the reception. There were 83 pieces of artwork by 27 artists on display, and many of the artists were there to discuss their work. The art will remain on view for several months, until a new exhibit is installed. For more information, visit www.wellingtonartsociety.org. PHOTOS BY ERIN DAVISSON
Posted by Wellington Artist at 11:46 AM No comments: 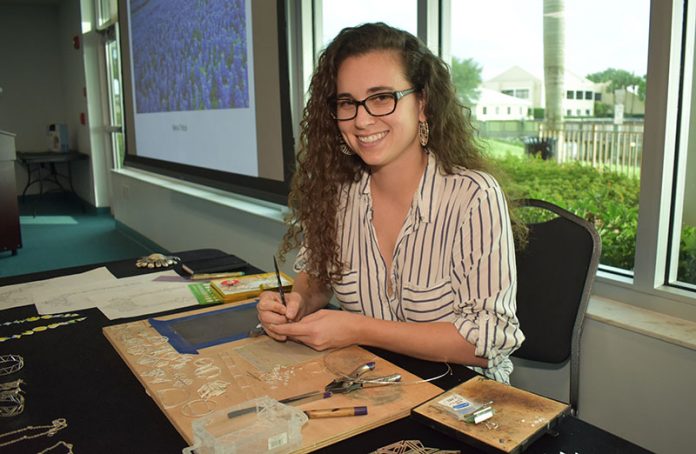 The Wellington Art Society gathered for a meeting on Wednesday, May 8 at the Wellington Community Center. Maria Tritico gave a presentation on making her sterling silver jewelry. Tritico works in metalsmithing, photography and art therapy. To learn more about her work, visit www.mariatritico.com. For more information visit www.wellingtonartsociety.org.
Posted by Wellington Artist at 11:42 AM No comments: 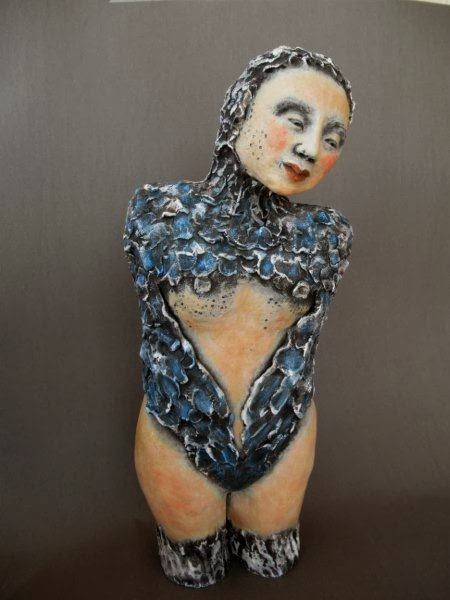